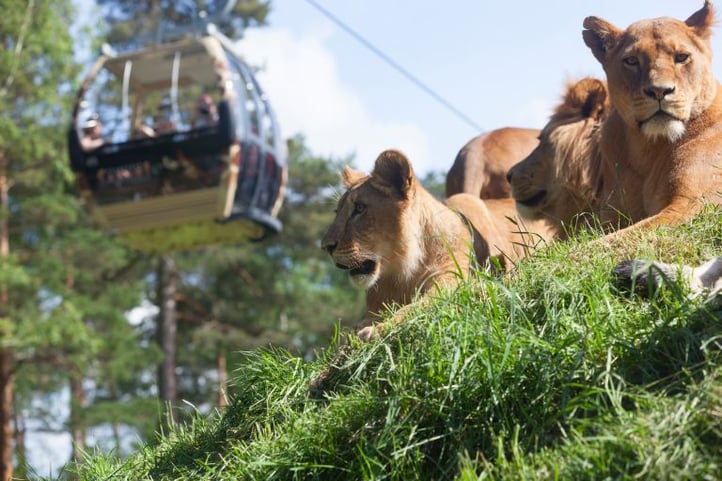 With an area of 175 square kilometers, Kolmården Wildlife Park is the largest zoo in the Nordic region. The wildlife park had a problem with people entering the area during non-open hours, where the risk of material damage and the risk for the animals and intruders were the concerns. The guards must patrol with vehicles in the area, which is quite inefficient as they are easily heard and seen by those trespassing. Kolmården Wildlife Park realized they needed a solid camera surveillance system. The system integrator in this project is our customer Lincom who has worked with Kolmården for many years.

Hatteland Technology, together with our partner Lincom, introduced the Avigilon multisensor cameras with video analytics. By installing this system, Kolmården Wildlife park has succeeded in both streamlining surveillance and at the same time reducing the cost. The guards can now act on triggered analysis events and concentrate their action at the current location. Since the system was installed, the number of illegal intrusions and damage has decreased. The system is under expansion and new installations in other parks are being evaluated.

Find me on:
LinkedIn